29 Dec Seeds of change from the Netherlands

Posted at 10:14h in News by earthncycle

Two apparently different stories reach us from the Netherlands to witness how powerful the initiative of simple citizens can be.

Only three years ago, the Dutch Markermeer was characterised by an opaque, stagnated water, deprived of movement and phosphate needed to support natural productivity. Now a brand-new man-made archipelago of five islands, the Marker Wadden, is reversing the trend: only one of the islands is opened for visitors, the other four to be left wild.

This is putting a brake to biodiversity loss by attracting already about 120 bird species and bats, and insects and more than 170 plant species.

As a consequence of the modified shoreline, tidal ebb and flow stimulated the movement of lake bottom fertile sediment and triggered a virtuous cycle already resulting in cleaner water.

An ambitious innovative project, started from the vision of a nature guardian citizen,  Roel Posthoorn, funded by a national lottery and finally supported by local and national entities.

These first five seeds are already getting buds: land reclamation for the sake of environment will continue with Toekomstbeeld 2030, a new 10 years project foreseeing the creation of a second archipelago and an artificial peninsula. 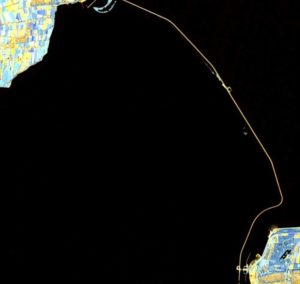 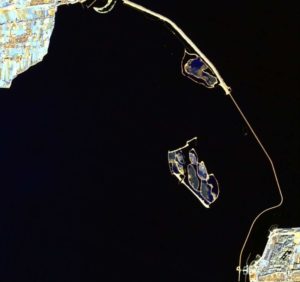 The second story reaching us as a promise for a heartbeat away New Year is the 20th December Dutch Supreme Court judgment in the case of State of Netherlands vs Urgenda.

While the UN Paris Climate Agreements goals are not legally binding for countries and the latest UNFCCC COP25 in Madrid was a failure, after a six-years civil law procedure the Dutch NGO Urgenda, backed by nearly 900 Dutch citizens, won a case against the Dutch State.

The final sentence by the Supreme Court established that the Dutch State is obliged to take all necessary measures to reduce greenhouse gas emissions by 25% before the end of 2020 (in relation to 1990).

Key to the sentence was the legally binding European Convention for the Protection of Human Rights and Fundamental Freedoms (ECHR): if there is a real, foreseeable threat of danger to right to life due to greenhouse gas emissions – a widely accepted viewpoint amongst scientists, governments, and NGOs – the Dutch State must take preventative measures.

After such a sentence, governments will have to consider even more seriously that they have legal obligations with regard to combating climate change and several similar legal cases have been filed in other countries in the last few years.

Seeds of hope from the Netherlands just before the start of 2020: never doubt that each single citizen with an ideal can help reach an apparently impossible objective, with hope and creativity bring a community together and reverse environmental decline.

Any cookies that may not be particularly necessary for the website to function and is used specifically to collect user personal data via analytics, ads, other embedded contents are termed as non-necessary cookies. It is mandatory to procure user consent prior to running these cookies on your website.